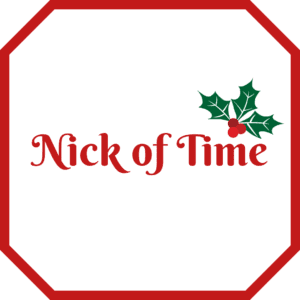 Nick of Time is presented through permission of the author, Jim Morgan.

Please submit resume, headshot, and conflicts with your Audition Form to ArtisticSynergyBaltimore@gmail.com. A clip of you singing any Christmas song is optional. Maximum 21 people will be cast.

Great opportunity for children and people who would like to try performing for the first time.

NICK OF TIME is an ensemble musical telling the tale of how the custom of hanging the stockings by the fireplace on Christmas Eve came to be. We meet Nicholas Klaus, an orphaned young man who lives with his uncle, a rich man in town. Nicholas comes to the aid of a struggling family close to losing their home… and the rest is history.

All roles are open. Submit the above audition form or send a resume to ArtisticSynergyBaltimore@gmail.com by:

Tech week will be November 28th – December 2nd (Board Night).

The cast is an ensemble of people from all backgrounds.

Cast members must be 5 years of age, or older.

Mrs. Woods – A townsperson who likes to gossip.

Mrs. White – A townsperson who also likes to gossip.

Street Urchins – A gang of poor street children who sing for donations.

A Man (Fred) – Townsperson (can double as Mr. Gray)

A Woman (Ethel) – Townsperson (can double as Mrs. Reed)

Mr. Green [feature character] – A greedy rich investor who is used to getting his way. Has an interest in Emily Snow.

Mr. Thomas – The owner of the toyshop who wishes to sell his business.

Elizabeth Snow – Mrs. Snow’s oldest daughter. She is in love with Henry Bloom.

Emily Snow [feature character] – The middle child. Independent and the most mature daughter.